Dayton Contemporary Dance Company dancers will hit the studio floors this week as they prepare to launch the award-winning company’s 48th season, Story-Tellers.

This year’s performances will meld dance with spoken word as choreographers highlight the shared journey of African-American dancers and playwrights who struggled to tell their own stories on the public stage. 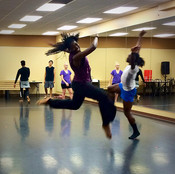 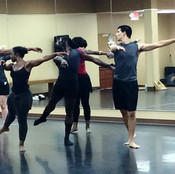 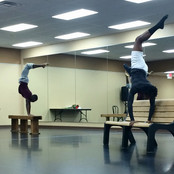 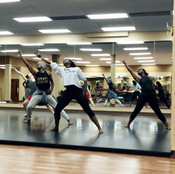 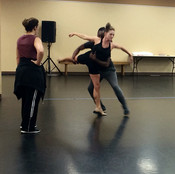 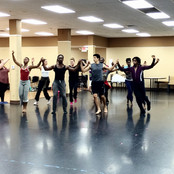 “This is the way we communicate our art,” Artistic Director Debbie Blunden-Diggs said. “We’re 48 years old - we have a lot to communicate.”

The season will kick off with “BodyTalk” Oct. 15 and 16 at the Mathile Theatre in the Schuster Performing Arts Center. The piece will focus on African-American playwrights’ role as the Griot -- a traveling poet and keeper of a community's oral history and truth in the West African tradition.

“The Griot is the historian of the village,” Assistant Artistic Director Crystal Michelle said. “He is the keeper of the oral tradition in West Africa and other regions - a poet and a musician.”

“Up Close and Personal” on Nov. 4 will offer the public a behind-the-scenes glimpse into the storytelling process of dance as they watch renowned choreographer Ray Mercer direct a live rehearsal. A catered lunch will be served in the DCDC studios.

DCDC’s holiday concert “The Littlest Angel” is slated for three showings on Dec. 2 and 3 at Boll Theatre on the University of Dayton campus. Adapted for the dance stage, Charles Tazewell’s story is about a young boy who enters heaven too soon but has in his possession a special gift for the Christ child yet to be born. New this year is the Angel Cafe - children will craft their own angel wings, decorate holiday cookies, sing Christmas carols and meet the dancers, including The Littlest Angel.

“Vantage Points: A Read Between the Lines” will show the storyteller’s point of view through a world premiere work from choreographer Ray Mercer on March 4 and 5 at Victoria Theatre. The evening lineup will also feature Donald McKayle’s Bessies award-winning “Rainbow ‘Round My Shoulder.” The 1959 work, which depicts life on a chain gang, has been described as “searingly resonant” and DCDC’s portrayal as “expressive and earthy.”

The season will close with “About Being…” on March 24 and 25 at the Boll Theatre on University of Dayton campus. In “About Being…” DCDC’s preprofessional company will join UD Ensemble dancers as they explore the theme of self-definition, telling their own stories.